This is an article I’ve been wanting to write for some time and now with the help of my Assistant Nicole, we’ve finally got it ready to go.

Over the past 18 months, we have been seeing an epidemic in tongue-tied babies.  Every client who has a baby born in their family, I’ve been pushing them to get the doctors and nurses to check the baby isn’t tongue-tied.  The reason I’m making such a big deal about this, is because it is a big deal.  If a baby leaves the hospital tongue tied and the mother doesn’t know, she will be struggling to breast feed her baby, the baby will be colicky, constantly hungry and not be putting on weight.  All very disconcerting for a new mum and it makes them feel useless and helpless.

I’ve been that mum.  Not for this reason but for many other reasons I struggled as a first time mum and my support network wasn’t great and I ended up with post-natal depression.  This is a situation I would do anything to help others avoid.

Added to this problem is that most Doctors and Nurses in the maternity wards don’t appear to know how to pick up tongue tie issues.  The mum will do either one of two things – battle on and eventually put the baby on a bottle (either expressed breast milk or formula) or consult a lactation specialist which in my experience are quite good at identifying tongue tie and then guiding the mother to having the issue resolved.

It’s not just the feeding issue that we have to worry about with tongue tie.  As the child grows they can have issues with speech because they can’t get full range of motion with their tongue.  Some can’t eat properly.  Clicky and painful jaw.  Migraines.  Then the effects of these things on self confidence and socially interacting, which then leads to emotional trauma and possible depression.

We can’t fix this issue with remedies after the baby is born but we are noticing that babies born from our existing clients that had plans prior to and during the pregnancy aren’t having this issue so it might be an inherited/genetic fault.  We can help with recovery from having the issue surgically fixed.

Snipping a tight frenulum (the thin membrane under the tongue, causing the issue) in young babies is a simple procedure that takes only a second or two. No anaesthetic is needed. The baby usually breastfeeds straight after the procedure.  This has to be done with the baby is very young which is why I push for identification as soon as possible.  In our local hospital (Inverell) we have an excellent doctor that is also a surgeon and he checks every baby he delivers the day after delivery and will snip the frenulum without drama.

Below is information taken directly from the internet about this issue.  I hope this article is of use to you and can help you or someone you know. 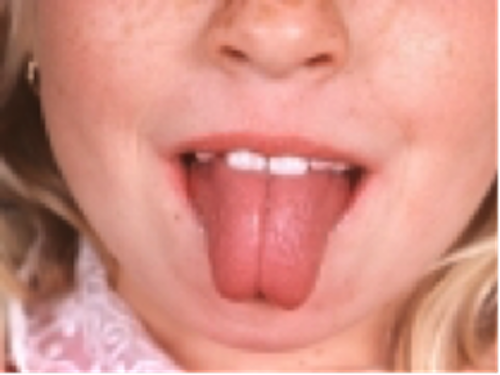 Tongue-tie also known as ‘Ankyloglossia’ or ‘anchored tongue’ – is a common but often overlooked condition and occurs when the thin piece of skin under the baby’s tongue (the lingual frenulum) restricts the movement of the tongue. In some cases the tongue is not free or mobile enough for the baby to attach properly to the breast. Tongue-tie occurs in about 5% of people. It is three times more common in males than females and can run in families.

The frenum is tissue left over from the time the foetus was developing in the mother’s womb and which would normally reduce to insignificance before birth. In the first 3 months of life, the face becomes differentiated into its various parts, and the frenum is what is left of the tissues that should have disappeared as the oral areas are formed. Such vestigial structures are not uncommon, and ‘webbing’, as it is sometimes called, can occur between upper or lower lips and gums, cheeks and gums as well as in tongue tie.

Tongue tie often runs in families. Some relatives may only have mild effects or no apparent symptoms while others show a severe impact on structure and function. As this strong familial tendency exists, parents may also notice a similarity to other relatives with tongue tie, especially in the older child. The similarities observed may include postures of lips and tongue, habits of speech, and shapes of the nose and face.

Tongue tie sometimes occurs together with other congenital conditions which affect the structure of the mouth, such as cleft lip or palate. It can also occur together with conditions such as severe hearing loss or cerebral palsy.

Tongue tie may be the result of a Methylenetetrahydrofolate reductase, or MTHFR mutation. The MTHFR gene is an enzyme in the liver that breaks down the amino acid homocysteine. This gene however has the potential to mutate, which can interfere with the enzyme’s ability to function or not work at all. This mutation affects 20-40% of the population and can vary in severity and symptoms.

Medical treatment is not always necessary for MTHFR. Dietary and lifestyle changes can often help offset any resulting nutritional deficiencies. However, if you are taking supplements to assist with this mutation pay close attention to the ingredients in your supplements. A common supplement recommended for women during pregnancy is folic acid. Folic acid is often given as folate, you might be thinking, aren’t Folate and Folic Acid the same thing? The terms are used interchangeably, however they aren’t the same. They have molecular structures, which are “nearly” identical, which is enough to satisfy the requirements in the food industry.

Folate is also known as Vitamin B9. It is found in green leafy vegetables, citrus, berries, beans and liver.

Folic acid (also known as pteroylmonoglutamic acid) doesn’t exist in nature. It is scientifically formulated from petroleum derivatives, acids and acetylene. To read more about the affects and differences between Folic acid and Folate click here. 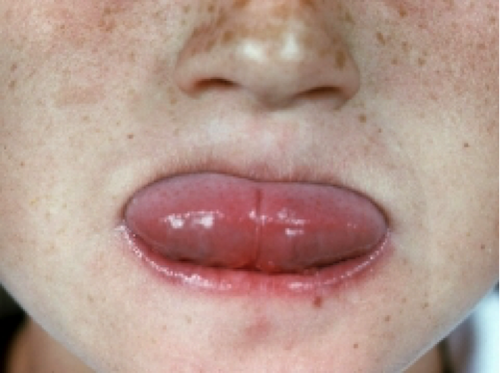 All tongue ties do not look alike – adding to the difficulty of spotting them. They can be thin and membranous, thick and white, short, long or wide, extending from the margin of the tongue all the way to the lower front teeth, or so short and tight that they make a web connecting the tongue to the floor of the mouth.

A baby with a tongue tie will look different from an older child with the same condition.

In making a diagnosis of tongue tie, the two traditional criteria have been acute malnourishment or misarticulation of tongue tip sounds such as ‘t’, ‘d’, and ‘n’.

However, there are several other factors which can be attributed to the limitations of lingual ability that accompany a tongue tie and these should be considered in any assessment of whether a tongue tie exists and whether surgical intervention is warranted. The other factors include:

If it is deemed that a tongue-tie is interfering with breastfeeding, then release (snipping) of the tight frenulum can improve the baby’s ability to breastfeed.

Snipping a tight frenulum in young babies is a simple procedure that takes only a second or two. No anaesthetic is needed. The baby usually breastfeeds straight after the procedure. 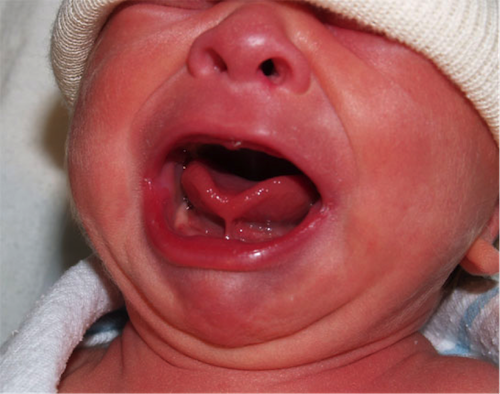 There are four options available in the choice of interventions in cases of tongue tie:

All these methods are equally successful when used in appropriate circumstances.

The consequences of an untreated tongue tie can be many and varied, depending largely on the age of the subject and the severity of the condition. The demands made on us increase as we grow older, and our environment becomes less forgiving of mistakes. Delay in treatment, therefore, can have very negative consequences.

Inability to breastfeed successfully in the presence of a tongue tie can cause a variety of challenges for the infant, the mother and the family. For the baby, these may include:

The maternal experience of breastfeeding a tongue-tied baby may include:

Children with a tongue tie have to contend with difficulties which may only be discovered as they grow older. These can include:

What adults have to contend with is very much the result of old habits of compensation for inadequate tongue mobility. The areas of difficulty spread to include social and domestic situations, self-esteem, the work environment, and dental health.  Thus it is seen that the consequences of unrepaired tongue tie do not reduce with time – instead, more difficulties are experienced as time passes.

The specific challenges an adult with a tongue tie may face include:

Sign up for our newsletter to see our latest products and stay up to date with what is happening at Heal With Ease.